We were tasked with extending a number of accommodation floors of the stadium which included a canopy structure to enclose it all.

The floors at levels 2,3,4, 4a and 5 of the east stand developments were extended and a canopy was erected above level 5 to enclose the elements of plant.

Predominantly a beam and column structure construction, the Pro Steel team was responsible for the member connection design with over 1,000 tonnes of new steelwork detailed, fabricated and erected.

The majority of the structural steelwork received an off-site application of intumescent paint to provide a 90-minute fire rating. Incorporated within the structure were eight No. plate girders, the largest being 14.5 meters long and 16.7 tonnes. 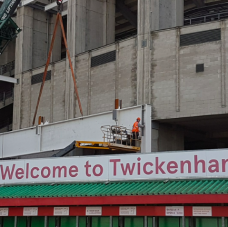 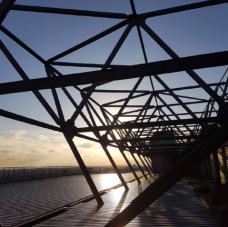 Where required, connections to the existing concrete soldier columns were made after the area had been ferro-scanned to ensure avoidance of the primary longitudinal and transverse rebar links.
The project was completed for the client on time and within budget.