We were tasked to replace and strengthen existing columns within the Olympic Stadium. 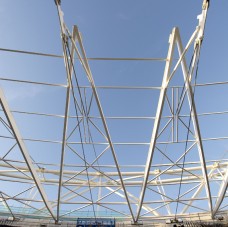 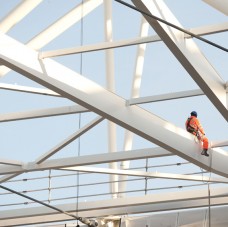 2000 tonnes of original pipeline steelwork were reused.
The main change to the stadium was its new cantilevered roof,
which was 45,000m2, was the largest of its type in the world.

With 84 metres at its deepest point the roof will be the longest
cantilevered roof in the word.

There were 14 18m floodlight paddles, which each housed between
8 and 41 lamps, all of which sit on a cable net structure.
It took 12/16 hours to lift each 45 tonne light into place 30m above the stadium floor.

The triangular design has been kept to reflect the iconic Games-time shape.