On behalf of clients Newport City Council and Alun Griffiths (Contractors), teams of engineers installed a new pedestrian link between Devon Place and Queensway at Newport Station on Christmas Day.

Constructed by our team here at Pontypool-based Pro Steel Engineering, it will take 20,000 hours to fabricate, 24 people to install it and help create an additional 2 trainee jobs in the workshop.

Co-founder and director Richard Selby said staff delayed their Christmas lunches to work on the project, working in shifts. “A huge thanks to the teams for getting this done safely, and on time. It was a huge piece of work and we’re grateful to Newport City Council and Alun Griffiths for enlisting us for this invaluable piece of work which will positively benefit those living and working locally who use the station.”

The bridge, which had been in planning since 2014, was described by Newport Council as a significant feat of engineering and logistics, and would make the crossing safer and more accessible to wheelchair users, pedestrians with prams and cyclists. It spans all four platforms of Newport station and pedestrians had previously had to use a subway that was only accessible by steps. 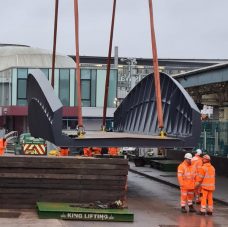 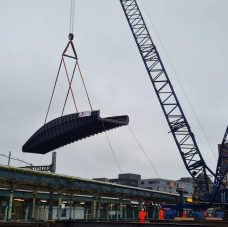 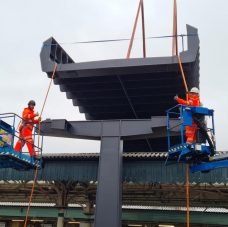 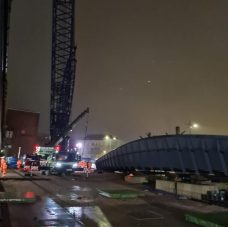 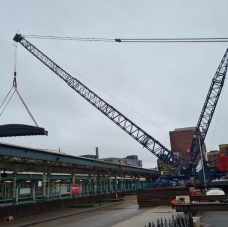 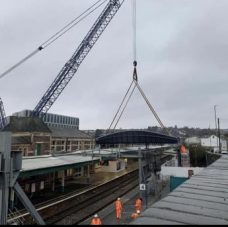